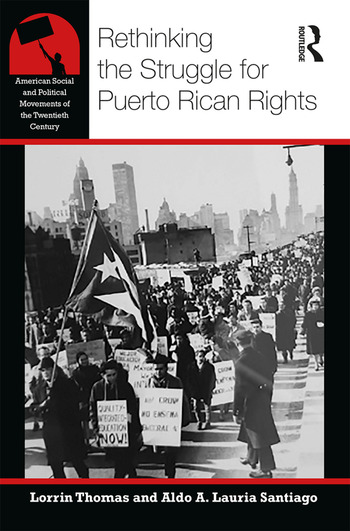 Rethinking the Struggle for Puerto Rican Rights offers a reexamination of the history of Puerto Ricans’ political and social activism in the United States in the twentieth century. Authors Lorrin Thomas and Aldo A. Lauria Santiago survey the ways in which Puerto Ricans worked within the United States to create communities for themselves and their compatriots in times and places where dark-skinned or ‘foreign’ Americans were often unwelcome. The authors argue that the energetic Puerto Rican rights movement which rose to prominence in the late 1960s was built on a foundation of civil rights activism beginning much earlier in the century. The text contextualizes Puerto Rican activism within the broader context of twentieth-century civil rights movements, while emphasizing the characteristics and goals unique to the Puerto Rican experience. Lucid and insightful, Rethinking the Struggle for Puerto Rican Rights provides a much-needed introduction to a lesser-known but critically important social and political movement. 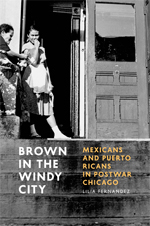 Brown in the Windy City is the first history to examine the migration and settlement of Mexicans and Puerto Ricans in postwar Chicago. Lilia Fernández reveals how the two populations arrived in Chicago in the midst of tremendous social and economic change and, in spite of declining industrial employment and massive urban renewal projects, managed to carve out a geographic and racial place in one of America’s great cities. Through their experiences in the city’s central neighborhoods over the course of these three decades, Fernández demonstrates how Mexicans and Puerto Ricans collectively articulated a distinct racial position in Chicago, one that was flexible and fluid, neither black nor white. 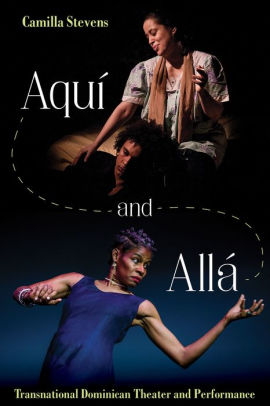 Aquí and Allá: Transnational Dominican Theater and Performance explores how contemporary Dominican theater and performance artists portray a sense of collective belonging shaped by the transnational connections between the homeland and the diaspora. Through close readings of plays and performances produced in the Dominican Republic and the United States in dialogue with theories of theater and performance, migration theory, and literary, cultural, and historical studies, this book situates theater and performance in debates on Dominican history and culture and the impact of migration on the changing character of national identity from end of the twentieth century to the present. By addressing local audiences of island-based and diasporic Dominicans with stories of characters who are shaped by both places, the theatrical performances analyzed in this book operate as a democratizing force on conceptions of Dominican identity and challenge assumptions about citizenship and national belonging. Likewise, the artists’ bi-national perspectives and work methods challenge the paradigms that have traditionally framed Latin(o) American theater studies. 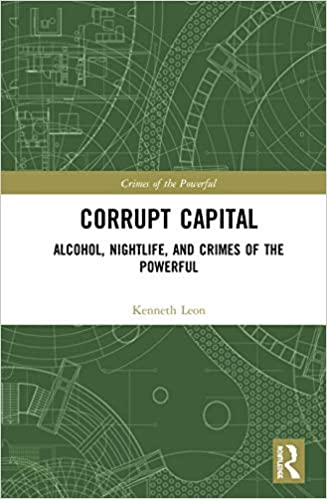 Corrupt Capital: Alcohol, Nightlife, and Crimes of the Powerful offers a deep dive into the social, political, and economic forces that make white-collar crime and corruption a staple feature of the nightlife economy. The author, a former bouncer-turned-bartender of party bars and nightclubs in a large U.S. city, draws from an auto-ethnographic case study to describe and explain the routine and embedded nature of corruption and deviance among the regulators and the regulated in the nightlife environment. 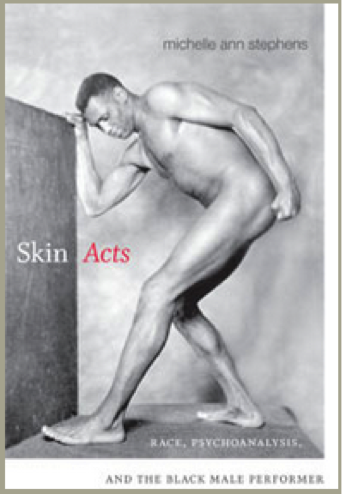 In Skin Acts, Michelle Ann Stephens explores the work of four iconic twentieth-century black male performers—Bert Williams, Paul Robeson, Harry Belafonte, and Bob Marley—to reveal how racial and sexual difference is both marked by and experienced in the skin. She situates each figure within his cultural moment, examining his performance in the context of contemporary race relations and visual regimes. Drawing on Lacanian psychoanalysis and performance theory, Stephens contends that while black skin is subject to what Frantz Fanon called the epidermalizing and hardening effects of the gaze, it is in the flesh that other—intersubjective, pre-discursive, and sensuous—forms of knowing take place between artist and audience. Analyzing a wide range of visual, musical, and textual sources, Stephens shows that black subjectivity and performativity are structured by the tension between skin and flesh, sight and touch, difference and sameness. 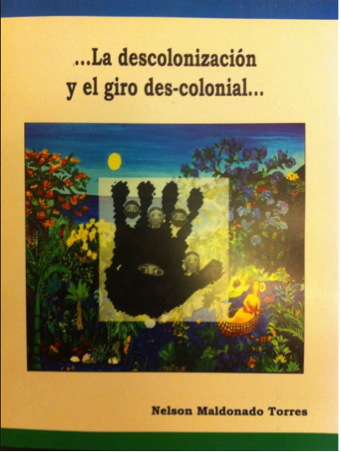 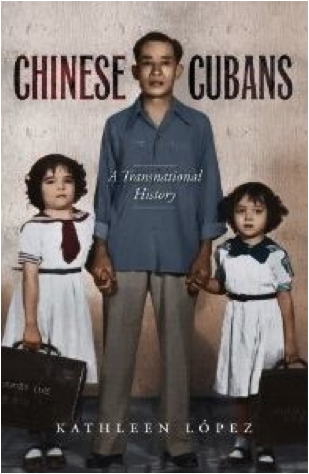 In a comprehensive, vibrant history that draws deeply on Chinese- and Spanish-language sources in both China and Cuba, Kathleen López explores the transition of the Chinese from indentured to free migrants, the formation of transnational communities, and the eventual incorporation of the Chinese into the Cuban citizenry during the first half of the twentieth century. Chinese Cubans shows how Chinese migration, intermarriage, and assimilation are central to Cuban history and national identity during a key period of transition from slave to wage labor and from colony to nation. On a broader level, López draws out implications for issues of race, national identity, and transnational migration, especially along the Pacific rim. 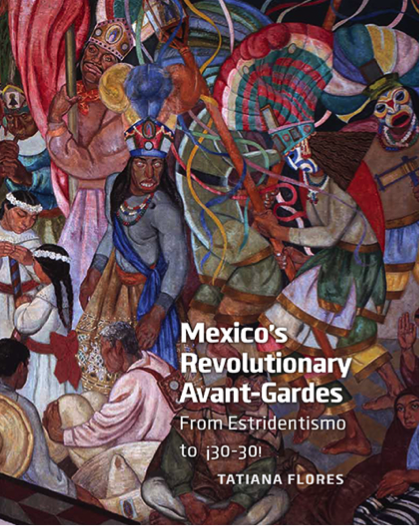 Revolutionary Avant-Gardes provides a nuanced account of the early-20th-century moment that came to be known as the Mexican Renaissance, featuring an impressive range of artists and writers. Relying on extensive documentary research and previously unpublished archival materials, author Tatiana Flores expands the conventional history of Estridentismo by including its offshoot movement ¡30–30! and underscoring Mexico’s role in the broader development of modernism worldwide. Focusing on the interrelationship between art and literature, she illuminates the complexities of post-revolutionary Mexican art at a time when it was torn between formal innovation and social relevance. 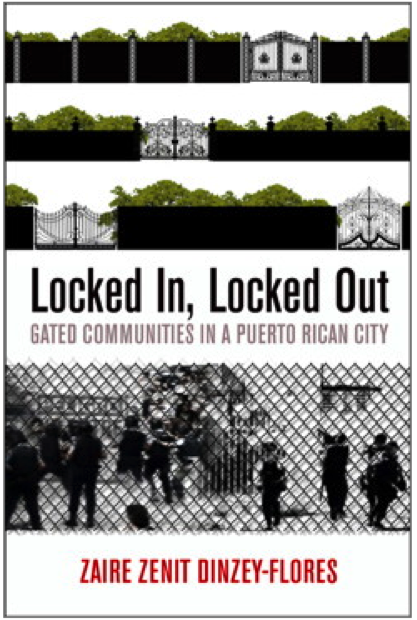 In Locked In, Locked Out, Zaire Zenit Dinzey-Flores shows how such gates operate as physical and symbolic ways to distribute power, reroute movement, sustain social inequalities, and cement boundary lines of class and race across the city. In its exploration of four communities in Ponce—two private subdivisions and two public housing projects—Locked In, Locked Out offers one of the first ethnographic accounts of gated communities devised by and for the poor. Dinzey-Flores traces the proliferation of gates on the island from Spanish colonial fortresses to the New Deal reform movement of the 1940s and 1950s, demonstrating how urban planning practices have historically contributed to the current trend of community divisions, shrinking public city spaces, and privatizing gardens. Through interviews and participant observation, she argues that gates have transformed the twenty-first-century city by fostering isolation and promoting segregation, ultimately shaping the life chances of people from all economic backgrounds. Relevant and engaging, Locked In, Locked Out reveals how built environments can create a cartography of disadvantage—affecting those on both sides of the wall. 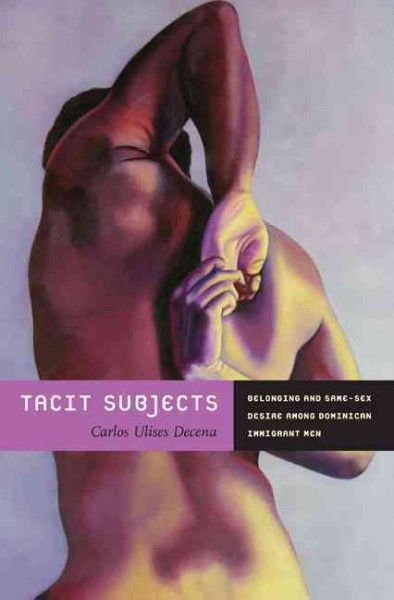 Tacit Subjects is a pioneering analysis of how gay immigrant men of color negotiate race, sexuality, and power in their daily lives. Drawing on ethnographic research with Dominicans in New York City, Carlos Ulises Decena explains that while the men who shared their life stories with him may self-identify as gay, they are not the liberated figures of traditional gay migration narratives. Decena contends that in migrating to Washington Heights, a Dominican enclave in New York, these men moved from one site to another within an increasingly transnational Dominican society. Many of them migrated and survived through the resources of their families and broader communities. Explicit acknowledgment or discussion of their homosexuality might rupture these crucial social and familial bonds. Yet some of Decena’s informants were sure that their sexuality was tacitly understood by their family members or others close to them. Analyzing their recollections about migration, settlement, masculinity, sex, and return trips to the Dominican Republic, Decena describes how the men at the center of Tacit Subjects contest, reproduce, and reformulate Dominican identity in New York. Their stories reveal how differences in class, race, and education shape their relations with fellow Dominicans. They also offer a view of “gay New York” that foregrounds the struggles for respect, belonging, and survival within a particular immigrant community. 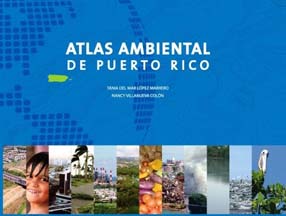 Tania del Mar López Marrero and Nancy Villanueva Colón:  Atlas Ambiental de Puerto Rico "...As the data are presented in such a visual manner, this book has the potential to reach a wide audience of multidisciplinary researchers and lay people alike. Importantly, the volume is a catalyst; it forces us to consider human impacts on the island's environment and what needs to be done to preserve it for the future. While particularly focusing on Puerto Rico, this book punctuates the growing relevance of these issues for the rest of the Caribbean. López Marrero and Villanueva Colón should be commended for their efforts. The maps and raw data in this book offer a wealth of compiled data that will serve researchers as an important reference for the future." Joshua Torres, Caribbean Studies 36:1: 163. 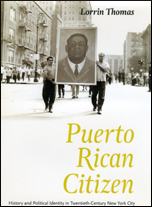 Lorrin Thomas:  Lorrin Thomas's Puerto Rican Citizen: History and Political Identity in Twentieth-Century New York City has just been published by the University of Chiccago Press. Building its incisive narrative from a wide range of archival sources, interviews, and first-person accounts of Puerto Rican life in New York, this book illuminates the rich history of a group that is still largely invisible to many scholars. At the center of Puerto Rican Citizen are Puerto Ricans' own formulations about political identity, the responses of activists and ordinary migrants to the failed promises of American citizenship, and their expectations of how the American state should address those failures. Complicating our understanding of the discontents of modern liberalism, of race relations beyond black and white, and of the diverse conceptions of rights and identity in American life, Thomas's book transforms the way we understand this community's integral role in shaping our sense of citizenship in twentieth-century America. 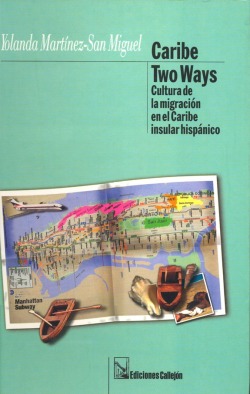 Martinez San Miguel:  "..the representation of displacement and the reconfiguration of a contemporary Caribbean identity in Cuba, the Dominican Republic, Puerto Rico and the Caribbean enclaves in New York City...an attempt to assess what impact this displacement of the "national" has had on the reformulation of those subjectivities that are not "migrating subjects" 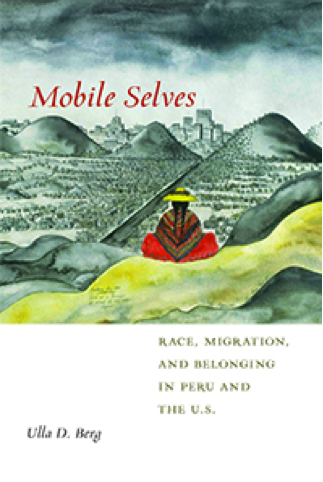 aging volume Ulla D. Berg examines the conditions under which racialized Peruvians of rural and working-class origins leave the central highlands of Peru to migrate to the United States, how they fare, and what constrains their movement and their attempts to maintain meaningful social relations across borders. By exploring the ways in which migration is mediated between the Peruvian Andes and the United States—by documents, money, and images and objects in circulation—this book makes a major contribution to the documentation and theorization of the role of technology in fostering new forms of migrant sociality and subjectivity. In its focus on the forms of sociality and belonging that these mediations enable, the volume adds to key anthropological debates about affect, subjectivity, and sociality in today’s mobile world. It also makes significant contributions to studies of inequality in Latin America, showcasing the intersection of transnational mobility with structures and processes of exclusion in both national and global contexts.