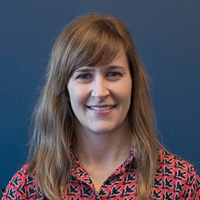 Professor
LCS and Spanish and Portuguese
This email address is being protected from spambots. You need JavaScript enabled to view it.
(848) 445-3873

Office Room Number: A257, Lucy Stone Hall
Office Phone Number: 848-445-3873
This email address is being protected from spambots. You need JavaScript enabled to view it.

Camilla Stevens holds a joint appointment with the Department of Spanish and Portuguese and is the former director of the Center for Latin American Studies. She specializes in Latin(o) American drama, theater and performance studies, and Caribbean literature. Her research highlights the role of theater in the cultural politics of constructing, defining, and remembering collective identities. Her book Family and Identity in Contemporary Cuban and Puerto Rican Drama offers a comparative analysis of how domestic drama allegorizes divergent views of Cuban and Puerto Rican national experience during the second half of the 20th-century. In Aquí and Allá: Transnational Dominican Theater and Performance, professor Stevens explores how contemporary Dominican theater and performance artists portray a sense of collective belonging shaped by the transnational connections between the homeland and the diaspora. She has also co-edited a two-volume collection of Latin American women playwrights and currently serves on the editorial board of the Latin American Theatre Review.