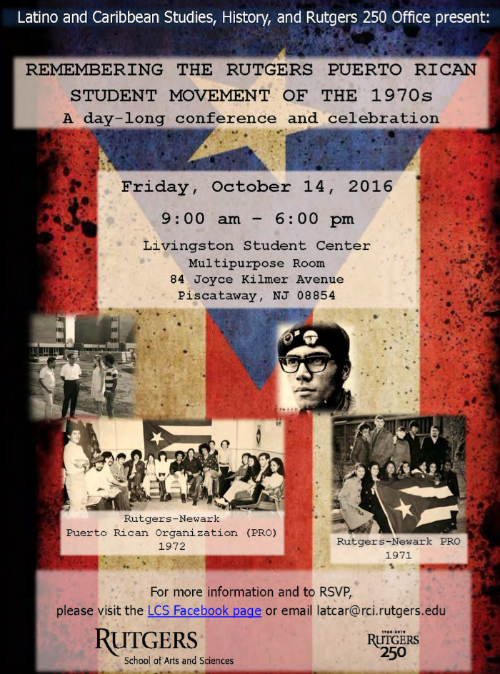 The Latino and Caribbean Studies Department on the Livingston Campus of Rutgers University in Piscataway is the most tangible reminder at the university of the remarkable activism of Puerto Rican, Dominican, and Cuban students on all the campuses of Rutgers during the early 1970s. Tomorrow (Friday, October 14th) at the Livingston Student Center, we will be holding an all-day conference/celebration of Latino student involvement during the 1970s in helping shape the university Rutgers has become. It will not be a traditional scholarly conference, but rather an opportunity for students of that era to share their memories of what brought them to Rutgers and of their school at the university. One panel will focus on the participants in the spring 1971 protests that encompassed all the campuses; the other will focus on students at Douglass and Livingston Colleges whose activism led to the creation of the Puerto Rican Studies Program (and, soon thereafter, Department). In addition to our panelists, we hope to have many people in the audience who were at Rutgers during that period of time (as well as current students), and we will have ample time for the audience to participate in the conversations about Rutgers past.